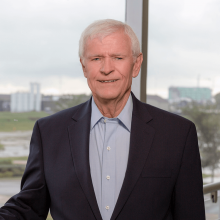 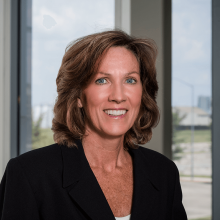 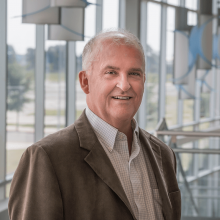 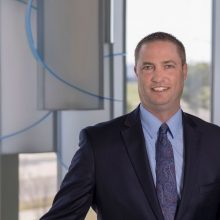 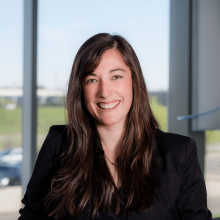 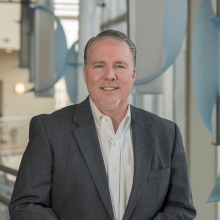 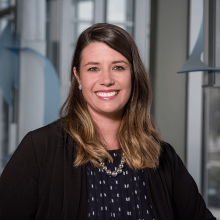 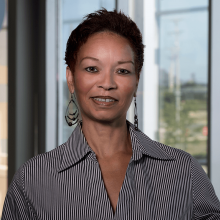 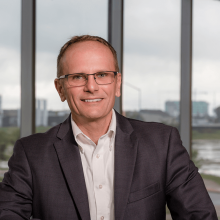 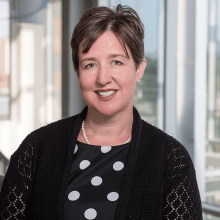 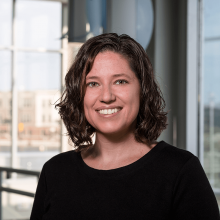 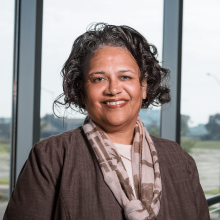 Director of Finance, City of Dayton

For over 20 years, Penny Brown has served as the Executive Assistant to the President of CityWide Development Corporation. She is responsible for the day to day scheduling and management for many CityWide functions including the Board, Committees, and office operations.

Penny has a passion for her community and has served as a volunteer or advisor for numerous organizations.

Donna Burnett joined CityWide Development in 2012 as Controller. She has over 25 years of accounting experience, joining CityWide after working for Miller Valentine Group and Phillips Edison & Company. Donna holds a Bachelor of Science in Business Administration from The University of Tennessee, Knoxville and has her CPA designation, inactive. Outside the office, she is a bicycling enthusiast and is the Secretary of the Wilmington Bicycle Club.

Michelle Davis joined CityWide July of 2018 as a Business Development Officer. Michelle has commercial underwriting, commercial lending and International banking experience. Her role with CityWide will be to assist businesses in financing their growth and development for the next phase of their business cycle. As a lifelong resident in the Dayton region, Michelle attended The University of Dayton for her Bachelor of Science in Finance and International Business and Master's degree in Business Administration. Prior to working for CityWide, she worked for Fifth Third Bank, Eaton National Bank and LCNB National Bank.

Karen DeMasi is the Director of Community Development for CityWide. Karen leads a professional staff of five individuals who bring a wide array of skills to work on community development initiatives throughout the Dayton area. Karen has over twenty-five years’ experience working with government, business and nonprofit organizations. Her expertise is in program design, strategic planning, fundraising, community development and administration.

Karen and colleague Mary Ohmer authored a book about their community organizing experiences. Consensus Organizing: A Comprehensive Guide to Designing, Implementing and Evaluating Community Change Initiatives, which was published by Sage Publications in October 2008.

Tom has been involved in public service for over 40 years. After attending Wright State University, he started his career with the City of Xenia as an Electrical Safety Inspector. Within a few years he was promoted to Chief Building Official, responsible for implementing the enforcement of building development standards within the city. Tom became directly involved in the examination and approval of residential and commercial building plans from the planning stages through development. In 1984, he moved on to the City of Springfield as the Director of Inspection Services. His primary function was to manage the daily operations of inspection services by supervising 35 employees, and overseeing the enforcement of various building and development codes within the city, including housing rehab and historic preservation.

In 1988 Tom accepted a position for Montgomery County as the Chief Building Inspector, responsible for the daily operation of the Building Department. One of Tom’s major accomplishments was the establishment and implementation of the decentralized building inspection permit application and review process, by setting up satellite offices throughout the community and becoming more accessible to the public. While at Montgomery County Tom became interested in the functions of the Port Authority and was able to assist in overseeing Port construction projects.

After retiring from the County in August 2001, the Port Authority approached Tom, because of his extensive construction and code knowledge, for the position of Construction Manager and Project Financial Oversight for Port construction projects. During the past 11 years with the Port Tom has gained an extensive knowledge of Prevailing Wage Reguirements (State of Ohio and Davis Bacon) and has successively monitored numerous projects. Also, Tom has taken numerous large developments from pre-construction, design/development, construction and construction closeout to occupancy. Some of these projects include Relizon (WorkFlow) Headquarters, Patterson Parking Garage, MCSI World Headquarters in Kettering, Burrows Paper in Franklin, Renegade Composite in Springboro, DHL Wilmington Air Park, the Main Street Parking Garage and the CareSource Office Building in downtown Dayton.

Rosalie serves as Chief Financial Officer CFO at CityWide. Rosalie has the responsibility for leadership in providing for the overall financial vision and financial health of the organization. Direct responsibilities include the oversight and direction of financial reporting, budgeting and long range forecasting, audit, tax, accounting, insurance and risk management, employee benefits, and, computer and information systems.

Rosalie also serves the Dayton region as a Finance Committee Member of the United Way of Greater Dayton.

John Gower currently serves as Urban Design Director for CityWide, a roll he took on in 2016.
With a background in architecture and urban design, John served as Downtown Planner for the City of Dayton from 1977 to 2001 and later promoted to Community Development Director for the City from 2001 until 2011. In 2011, he retired as Director and
returned to work in the Office of the City Manager as the Urban Design Coordinator and Reimaging Strategist.

His areas of expertise have included urban design and development planning, visioning and implementation, historic preservation and adaptive reuse planning and place and asset-based strategic planning and implementation for the Greater Downtown and the city as a whole.
His work continues at CityWide with crossing over the fields of place-making, strategic economic planning and adaptive reuse on downtown projects as well as community place-based collaboratives.

Brian Heitkamp is the President at CityWide. Brian is responsible for all aspects of the organization’s mission and strategy including economic development financing, real estate development, and the creation and implementation of comprehensive community development strategies and programs. Brian has extensive knowledge and experience with project structuring and management, and financial analysis. Brian started at CityWide in 2002 and was promoted to President in August 2017. Prior to his promotion, Brian was the Chief Operating Officer and Vice President of Economic Development for the organization.

Brian also leads the Dayton Region New Market Fund. This corporation carries the Community Development Entity (CDE) and Community Development Financial Institution (CDFI) designations through the Federal Treasury. These designations allow the organization to apply for New Market Tax Credits and other Federal financial awards. Through Brian’s leadership, over $155M in New Market Tax Credits have been invested in the Dayton region.

A graduate of the University of Dayton with a degree in Finance, Brian is also an active community volunteer and is currently a board member of the Dayton Chapter of the National Association of Industrial and Office Properties (NAIOP), Downtown Dayton Partnership, and serves on multiple committees and advisory groups.

Erica Hubler is a Community Development Specialist with CityWide. Erica has been with CityWide for over 20 years and held numerous positions including, Neighborhood Stabilization Project Coordinator & Housing Loan Officer. She’s currently working as the Business and Property Manager for Wright Dunbar, Inc. where CityWide, Wright Dunbar, Inc. & the City of Dayton are collaborating to bring development to the Wright Dunbar Historic District.

Dan Kane serves as the Senior Vice President of Development. Dan's focus is on establishing and expanding developer relationships for projects centered in the Dayton region. He is also involved with CityWide's lending teams that are responsible for business and community loan development and the deployment of capital through the organization's program offerings. Dan also assists CityWide clients, business partners, and staff on financial analysis and loan structuring, guiding an opportunity to a successful outcome.

A native of Cleveland, Ohio, and a graduate of Bowling Green State University with a degree in Finance, Dan has served on numerous boards and committees throughout his career and is the current Governance Chair at The Dayton Area Chamber of Commerce, while also serving on the Chamber's Board of Trustees and Executive Committee. Prior community involvement includes various committee roles with Citywide Development (during his banking career), and Board positions with The Dayton Business Committee, Miami Valley Boy Scouts of America, and the Epilepsy Foundation of Western Ohio.

Katie Lunne serves as a Community Development Specialist at CityWide. Over the last 12 years, Katie’s role has included long-term strategic planning for both economic and community development efforts, neighborhood engagement, and land use planning and design standard development within project areas.

Katie’s received her degree in Historic Preservation and a concentration in Planning from Mary Washington College in Fredericksburg, VA. She currently serves on the Boonshoft Museum of Discovery Associate Board.

Amy Mitchell is a Community Development Specialist at CityWide. She is responsible for developing resident leadership, and creating strategic partnership that further neighborhood development efforts in the Genesis and Phoenix redevelopment areas and the Westwood Neighborhood. Amy has over thirty years’ experience with local non-profit organizations including Unified Health Solutions, and most recently Family Service Association where she led their neighborhood development programming. Amy’s strong connections to nonprofit social service agencies and excellent community organizing skills make her a valuable member of the Community Development Team.

Steve Nutt has more than 25 years of Economic and Community Development experience with specific expertise in the areas of Technology Development, Strategic Planning, Downtown Planning/Development, Retail District Development, and Real Estate Development. Steve currently manages Tech Town, a campus consisting of 45 technology businesses and more than 400 technology workers. Steve has a BA in Business Administration/Marketing and a MCP City Planning/Economic Development from the University of Cincinnati.

Bill Smith has served as Business Development Officer at CityWide since 2012, but has over 30 years of commercial lending and relationship management experience. Bill has been a trusted business and financial advisor to many clients in the Dayton area over his extensive career in banking. He is a graduate of Morehead State University as well as the Savings and Loan Academy. Bill is a graduate of Leadership Troy and has served many organizations over his career including: President of Dollars for Scholars of Troy, Treasurer and board member of the American Cancer Society of Miami County, board member and President of Troy Christian Schools, instructor of Business and Personal Financial Management at Edison Community College, and a member of the advisory board of the Upper Valley Small Business Development Center.

Primarily, Nicole works on the Phoenix Project, a comprehensive community development project near Good Samaritan Hospital. She has led much of the real estate development on this project, where she provides technical management on strategic acquisition of distressed properties and the redevelopment of community spaces, including construction a Gateway at the intersections of Salem at Catalpa; a community spray park and playground at Fairview Commons; and the adaptive reuse of historic commercial structures.

Nicole joined Citywide in 2003 after working for various local and national architecture design firms. She has a Masters of Architecture Degree from the University of Michigan and earned her Bachelor’s degree in Environmental Design from Miami University.

Jessica Troll joined CityWide in July of 2002 as a Staff Accountant. She received her Bachelor of Science degree from Wright State University in Accounting. She has a Master’s degree in Business Administration from the University of Dayton. Jessica’s primary responsibilities include payroll, employee benefits and accounts payable.

Janet earned her Bachelor of Science Degree in Finance and Banking from Wright State University and a Master’s Degree in Business Administration from the University of Dayton. She has 19 years of banking experience at Key Bank, previously holding positions of Regional Accounting Officer, Commercial Real Estate Coordinator, and Small Business Loan Underwriter.